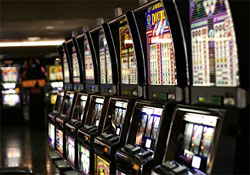 The USA slot machines are considered to be divided into the several slot machine classes according to the current legislation.

The American gambling world is known to have two widely accepted USA slots classes both at online and offline casinos:

Class II slots machines are known as the video lottery terminals and are considered to be connected to the centralized system that is going to control and determine the possible outcomes of every bet. In addition, they dispose the scratch off tickets and every gambling machine has quite equal chances to win the limited prize series. Any of the games may not or can have the skill element.

Class III or traditional slot machines are operated independently by means of the centralized computer system. These slots are used in Nevada and Atlantic City halls. They are very often referred to the Vegas style slots.