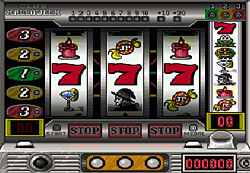 It is widely accepted that slots are considered to be really popular in the gambling world. Indeed, the greater part of the casinos profits came from the slots gambling. Slots can differ from country to country. Speaking about the regional slots variations, it is essential to mention that in Japan alongside pachinko there are slot machines that are called pachisuro.

Japanese entertainment industry and gambling are considered to dispose the popular versions of American style slot machines that are called pachisuro. For many gamers this very version is considered to be the most attractive and entertaining due to the fact that just like pachinko, pachisuro machines are brightly colored, sophisticated and designed with the Japanese flavor. In addition, such machines are considered to be very easy to operate with particular levels that can provide the most desirable winning outcomes from 90 per cent to 160 percent.

In pachisuro game the main goal of the gamer is to make the symbols on the reels be matched in order to increase the profits. It is typically the same as with UK slots, Australian slots, etc. The principle is the same - to match the reel images into the winning combination. The machines are usually controlled by the integrated circuits. Pachisuro is sure to have 6 various levels that are going to change the probability to get the winning combination of 3 similar symbols.

Pachisuro games are going to be descendant of the original classic pachinko games. The process of the gaming is as follows: the gamers operate the levers in order to control the speed of the small steel ball that is to match the particular pocket. The ball is going to traverse through some pegs and has to either go out to the bottom and get disappeared or be caught in some pockets, wherein 3 reels in the center of the machine rolls. For instance, if the gamer gets 777 from the spin, the pachisuro will sure give the gamer more balls for the next rounds.

In pachisuro the gamers use the coins or the tokens to activate the reels. Though pachisuro looks like the ordinary slot machines, it is possible to stop every played reel by the gamer himself. Traditionally, there is the only one button for each of the reels. In addition, more attractiveness is given to the pachisuro due to the video screens, animated features that are sure to fit the themes of the games. The sound background is astonishing, it gives the hint whether the gamer loses or wins.