The most popular pokies 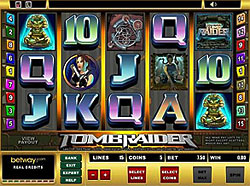 This game was released as the Golden Pyramids in 1997. Nile Queen is considered to be one of the most commonly famous games in Australia. It has three, nine or twenty lines formats and is Egyptian themed. It is essential that it can give 15 free bonus games. It is considered number one among the other games.

This game was released in 1999. It is crucial that it offers extraordinary gambling experience where the gamer should not line up symbols in a row. Adjacent reels are considered winning. The game offers ten, five, or twenty free games with the multipliers added to the game features.

In the context of the Nile Queen popularity, the manufacturers decided to release another game called the King of the Nile in 2002. However, the game is available only in 20 line format. The significant feature is the option of the second chance at the free spins ends. It is possible either go for the mystery reward or take the available win.

This game features the Asian theme with different ways to win. Besides, the gamer can choose from the variety of the free rounds options and possible multipliers.

This game was released in 2007 and disposes the totally new free spins features style. It includes the option called power pay bet. It offers the 3 bags as the award of free spins. The player can collect the Chili symbols in order to unlock some extra reel sets.

It was one of the first video slots games with fifty lines to be realized. The game differed from the other greatly. In fact it is due to the 20 images instead of the normal 15 shown on the screen. The game possesses the lion top gaming symbol groups on each of the reels. So, it is quite possible to have the whole screen of one and the same image.

This game features the largest free spin multipliers. Lucky 88 uses 25 lines and also includes the extra bet option with power pay bet option. The bonus is called "you are lucky."