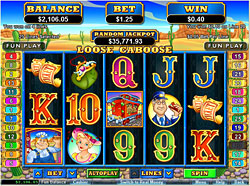 Slot machines may vary from country to country. Having insignificant differences, however, slots are considered to be used as the favorite gambling in many countries of the world. Thus, it is possible to point out some regional slots variations:

Each kind of the slots variations gained publicity in the modern gambling world.

In addition, alongside the USA, the UK slots were popular in the form of the most famous fruit machine categories that exist up till now. Speaking about Asia, slots are recognizable even here. In Japan, for instance, unique slot machines like pachinko and pachisuro can be easily found. Still it is not the limit for the slots variations.

The American original slot machines were invented by Charles Fey in San Francisco. In fact, America is considered to be the motherland of slots, and Charles Fey is the great father of slots. Slot in the USA are controlled by government and are officially forbidden, except some localities like Las Vegas or Atlantic City, for example. The slot machines are divided according to legislation into the slot machine classes.

Australian slots emerged first under the name Clubman. Later on they were renamed into Club Master. However, the first place in slots invention always belonged to the USA and Charles Fey. Modern pokies are the Australian style slots. Real Australians like them very much.

In the UK slots gambling is subdued to the Gambling act elected in 2005. It is more common in the United Kingdom to call the slots fruit machines. Fruit machines have always been popular all over Great Britain. They can be found in the most crowded places: in pubs, clubs, etc. British slots became fruit due to the fact that the UK considered it right to associate the slots with some skill. Thus, slots in Britain became "fruit" machines due to the fruits depiction on the reels.

Japanese slots are the most well known as pachinko or pachisuro. They are significant and differ from all the other slots variations due to the fact that the games are a kind of mixture of the slots and the pin ball. Japanese slots are bright and colorful with extraordinary sound and visual effects.